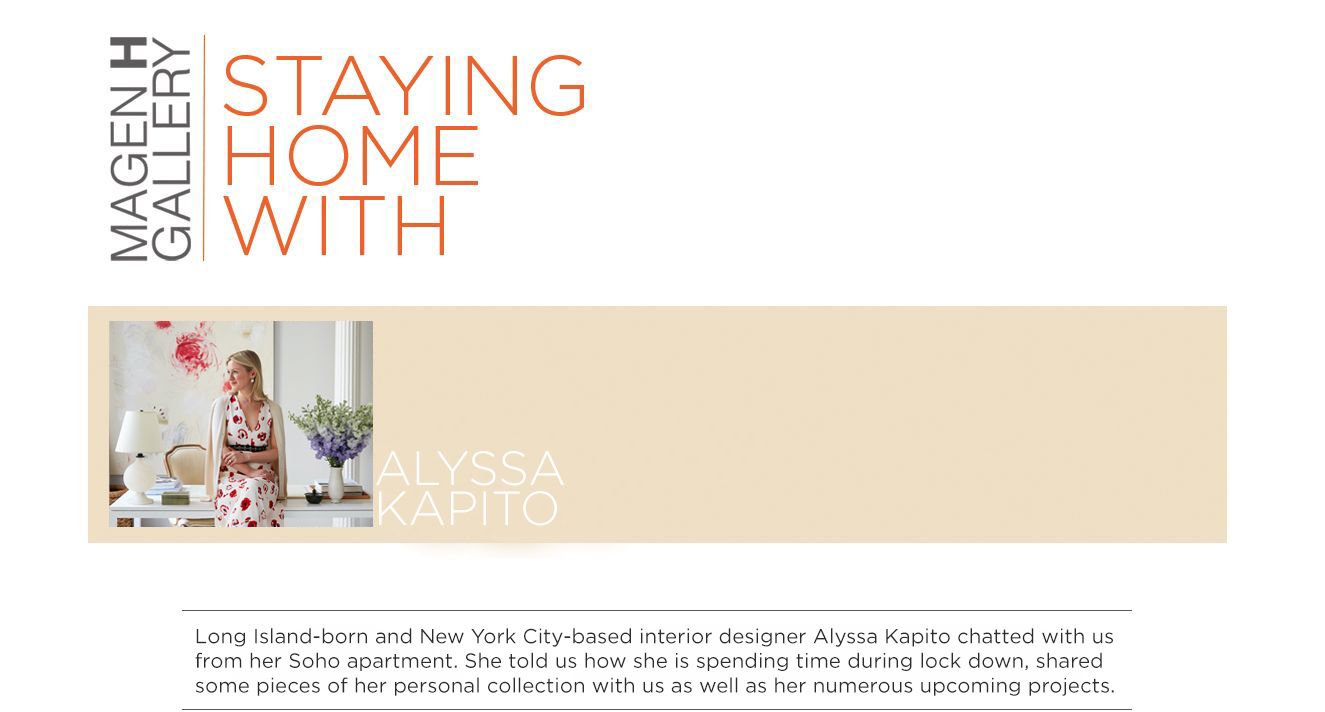 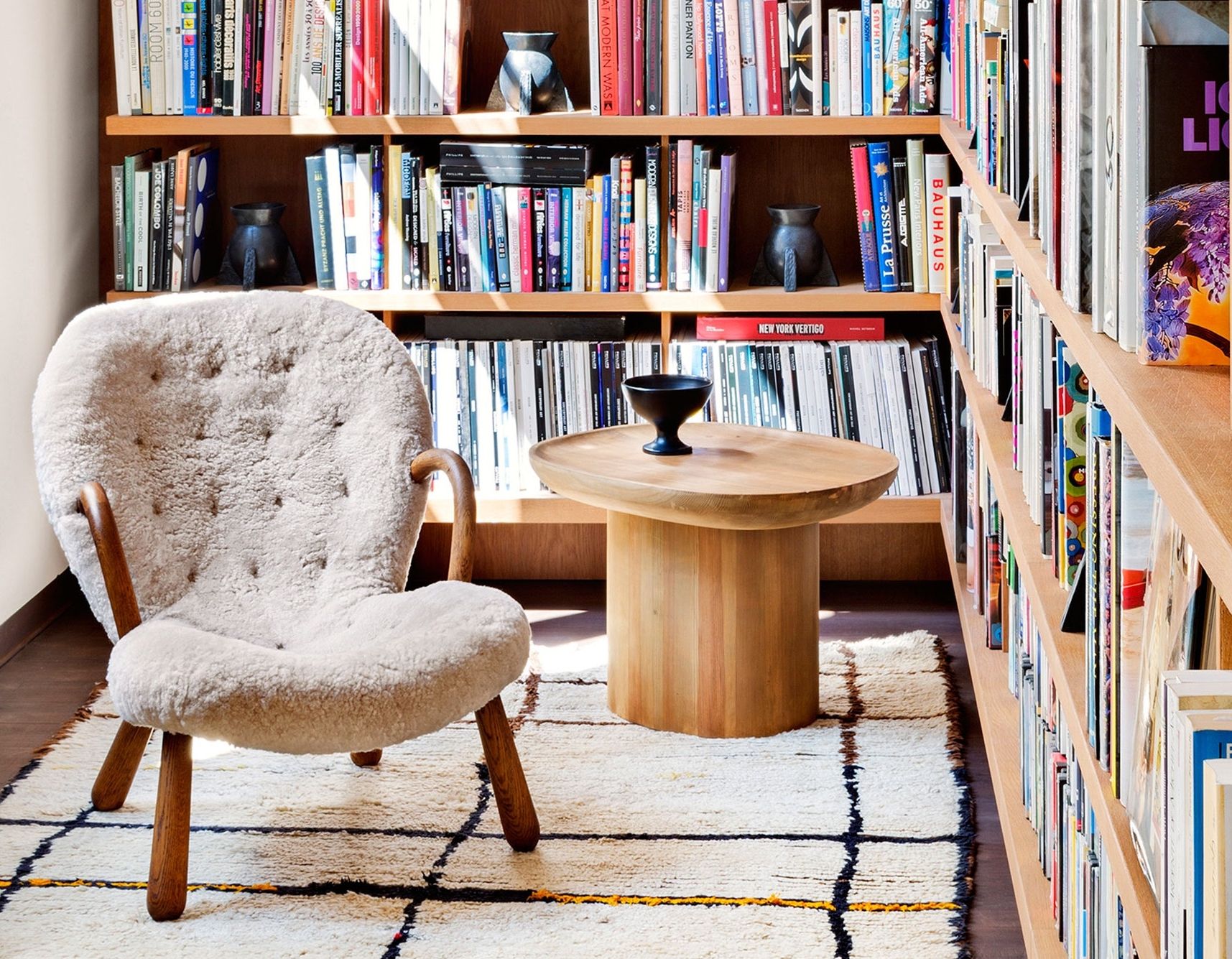 Alyssa talks about her favorite piece of deisgn in her personal collection, the Philip Arctander Clam chairs. With its cozy upholstery and the shape of the chair, she considers it the most comfortable chair to relax in. 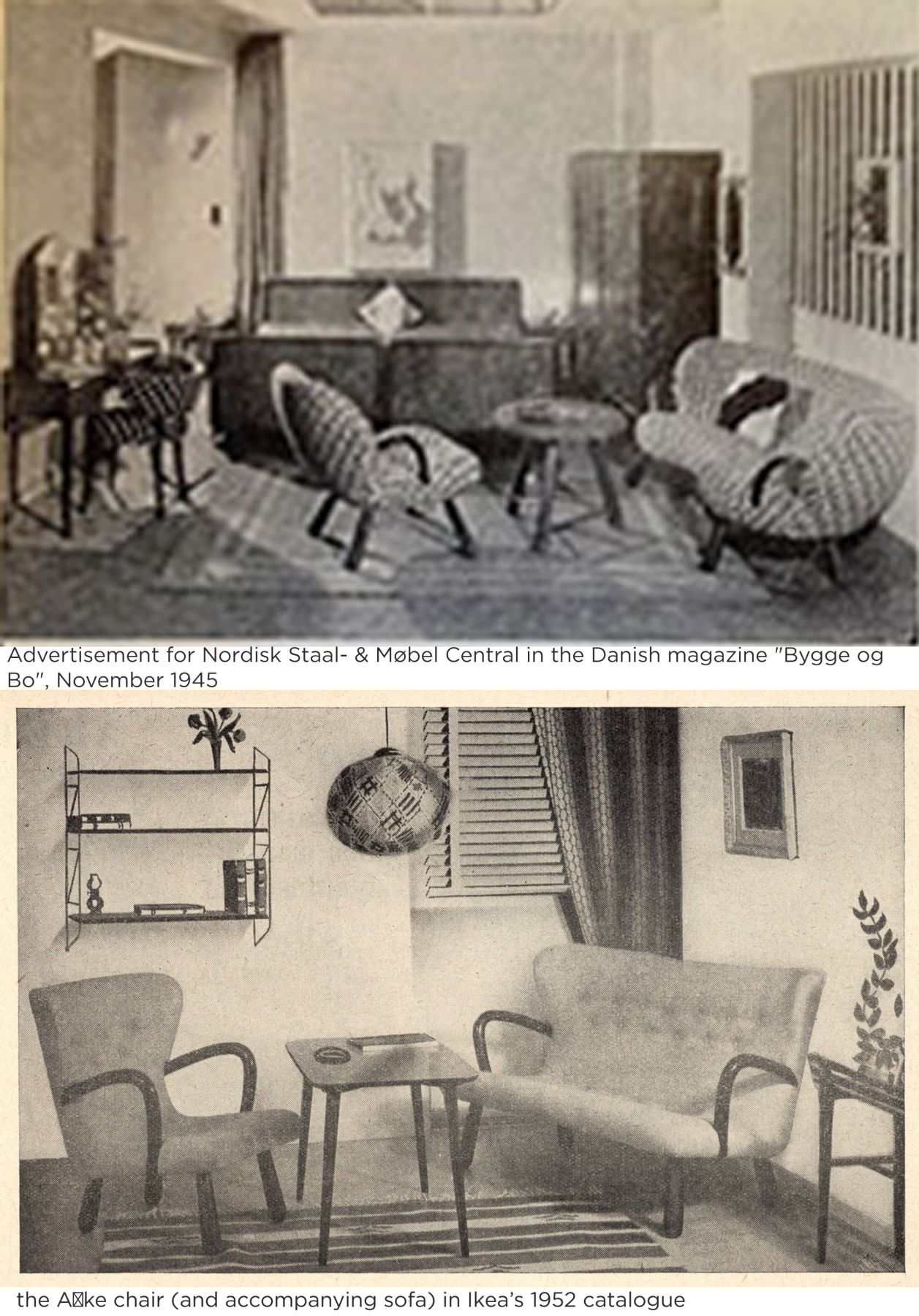 Designed in 1944 by Philip Arctander, the now famous "Clam" chair was previously misattributed during years as the work of Martin Olsen, which turned out to be a furniture store in Oslo which carried the chair in their collection. When his name was finally unearthed in 2013, Arctander was an obscure Danish architect best known for his work on affordable housing.
After graduating from Kunstakademiets arkitektskole (the school of architecture) in Copenhagen, Actander worked as an independant architect from 1939 to 1947, a period during which he designed the handful of pieces known today as his. In 1944, he participated in a competition led by NY FORM A/S and was chosen along 6 fellow designers to present the pieces they designed in the NY FORM A/S store and it is thought that it is the first time the Clam chair was presented. It was found in several ads from the 1940's and the Åke chair, a very similar model was also part of Ikea's collection in its 1952 catalog.
In the 1950's, Arctander became head of research and subsequently director of the Danish Building Research Institute (SBI), where, among other things, he was an adviser to the United Nations on construction and housing issues. 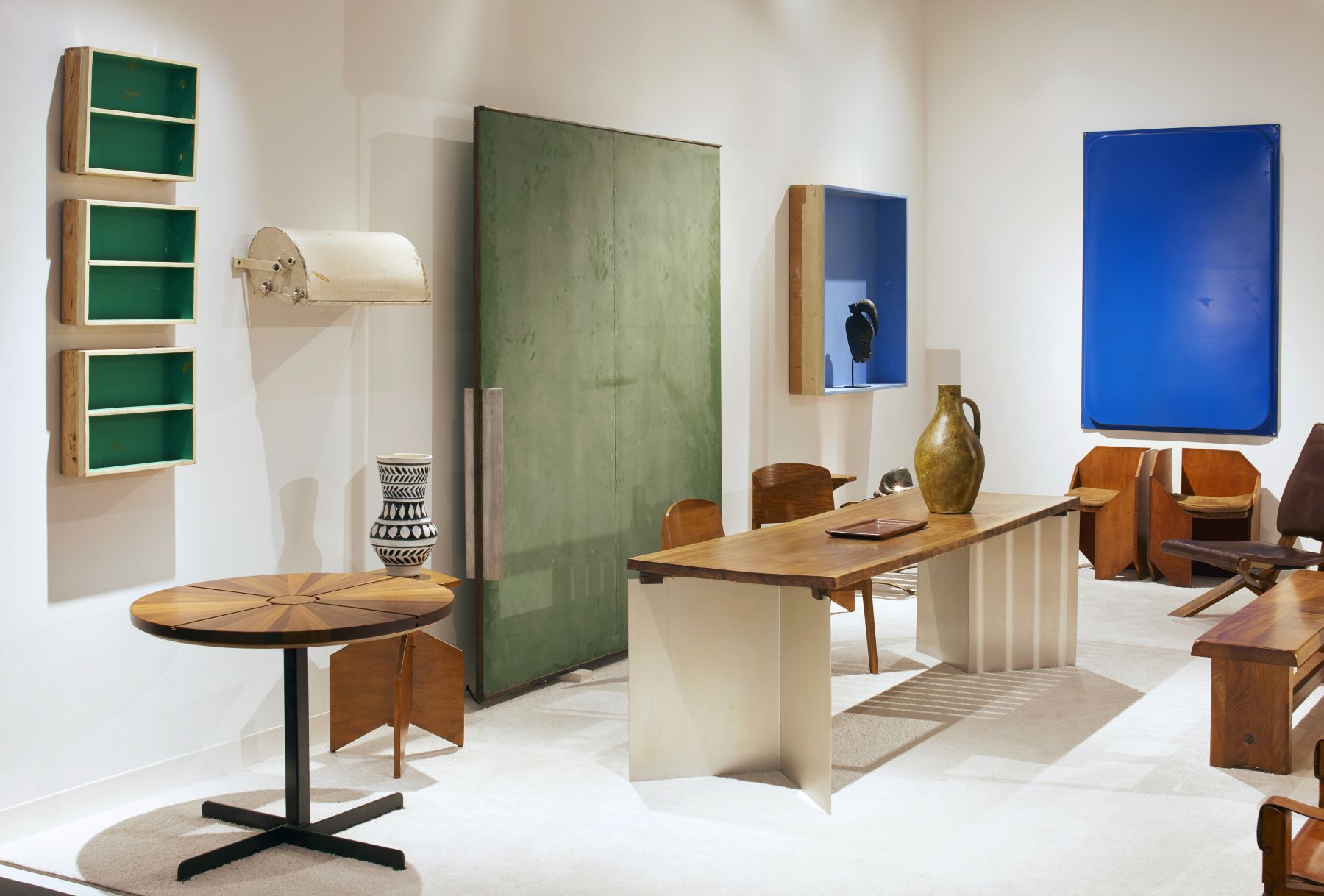 We asked Alyssa to select 5 pieces from our available collection that are on her wishlist. In a Q&A, she talks about her selection, her inspirations and the historical significance of the pieces. 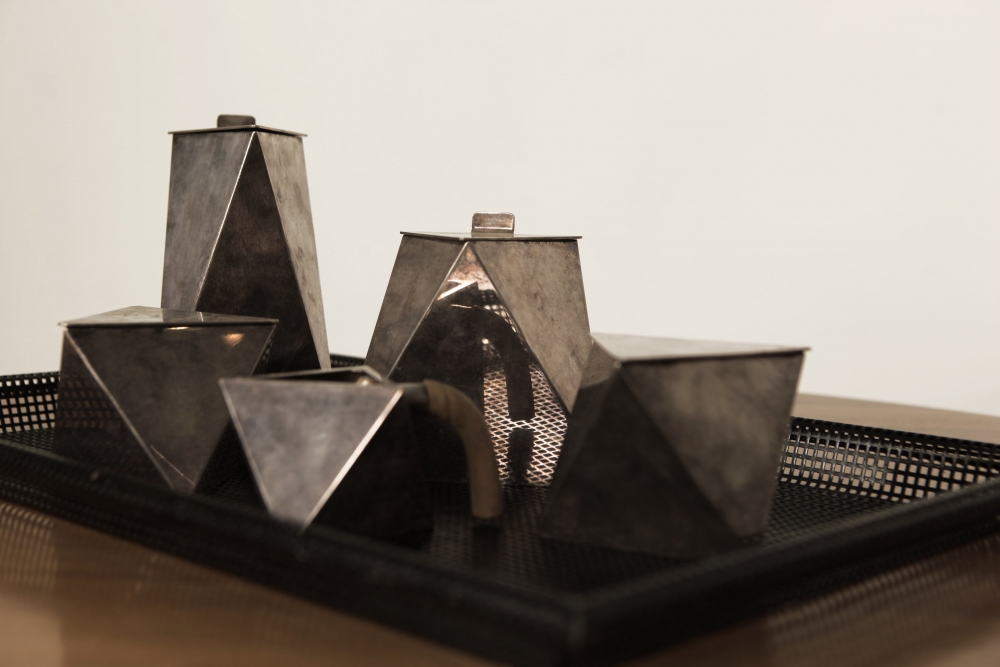 Was it easy to select amongst thousand of pieces?
A.K. : It was just a challenge to limit it to five! You have such an extensive inventory of incredible pieces.

Do you think you choices were influenced by the current situation?
A.K. : Maybe a bit indirectly.

In what ways?
A.K. : I think spending more time at home has encouraged me to explore more, read more and branch out in order to stay inspired and focused. I wanted to have at least one or two pieces by artists I haven’t necessarily worked with before, something new.

Can you tell us a little bit about each piece and why they made the cut?
A.K. : The floor lamp and the tea set by unknown artists were chosen purely for their unique forms. The tea set particularly is so architectural and has been so elevated from the act of drinking tea, it is really more of an object rather than a functional item. But it is incredibly beautiful to look at. I love the varying heights of the floor lamp, it's such a subtle detail but it would create great visual interest in a room. 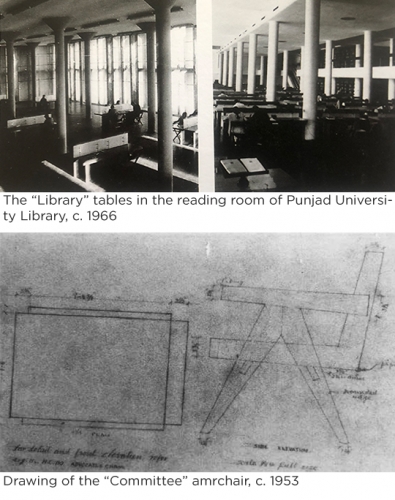 What about the table by Barray?
A.K. : I love that the Jean-Paul Barray table is an hommage to a table that I adore by Pierre Jeanneret for Le Corbusier from the Chandigarh period, but reimagined with a slightly different twist. The steel accentuates how utterly modern the forms of that table were and still are.

>> Designer, painter, sculptor, artist and engineering consultant, Jean-Paul Barray worked with many renowned designers thoughout his career, as Le Corbusier & André Wogenscky or Roger Tallon in the 1950s, as well as César or Kim Moltzer in the 1960s. He created this unique piece as an hommage to his collaborator Le Corbusier and his project in Chandigarh, India. Indeed, the overall form and the V shaped feet of the table reminds the "Library" tables by Pierre Jeanneret that Le Corbusier used to furnish the Punjab University's library.

You also picked the Committee chairs by Pierre Jeanneret. What attracted you to his work?
I’ve always been fascinated by the absolute perfect patina of Pierre Jeanneret furniture. The items were also all handmade so they have this imperfection to them that I think adds so much character to any room.

>> The "Committee" armchairs were originally commissioned to Pierre Jeanneret by his cousin Le Corbusier for the Chandigarh's Assembly in 1954. Indeed, in a letter dated April 7, 1954, Le Corbusier advised Pierre Jeanneret to propose his armchairs to furnish the two villas and the Mill Owners’ Association Building in Ahmedabad, Jeanneret's personal project in India. He repeated this choice for the second delivery of furniture for the High Court of Justice. On this occasion, Jeanneret produced both chair and public bench versions. It was in the furnishing of the Assembly Hall that Le Corbusier made these chairs stand out. Colored brick-red, yellow and green, they served to delimit the parliamentary areas and contributed significantly to the symphonic visual effect of the whole. 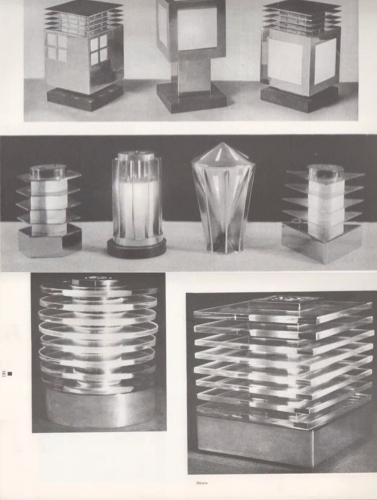 Lastly, why did you pick this small lamp by Maison Desny?
A.K. : I'm kind of obsessed with both green colored glass and aluminum as materials so this Maison Desny table lamp from the 1930s is perfection!

>>  La Maison Desny was established by two designers, Desnet and René Nauny, from whose names the contraction of ‘Desny’ was derived. Originally working as sketch artists together, they formed a business partnership in 1927 and opened a studio Avenue Champ-Elysées in Paris. La Maison Desny is best known for their lighting production, although they actually did do complete interiors for high-profile clients including Georges-Henri Rivière, Pierre David-Weill, Mlle Thurnauer and the King of Belgium, often working alongside other designers such as André Masson, Alberto and Diego Giacometti and Jean-Michel Frank.

What qualities did you look for when the selecting the pieces?
A.K. : Form, function and character

In your opinion, do you think eclecticism is important to realize a successful grouping?
A.K. : Definitely. I find the conversation between different periods and places, for me at least, far more interesting than a period room. Period rooms, of course, have their own function in a historical context but I could never be that committed to one particular school. I couldn’t live that way. 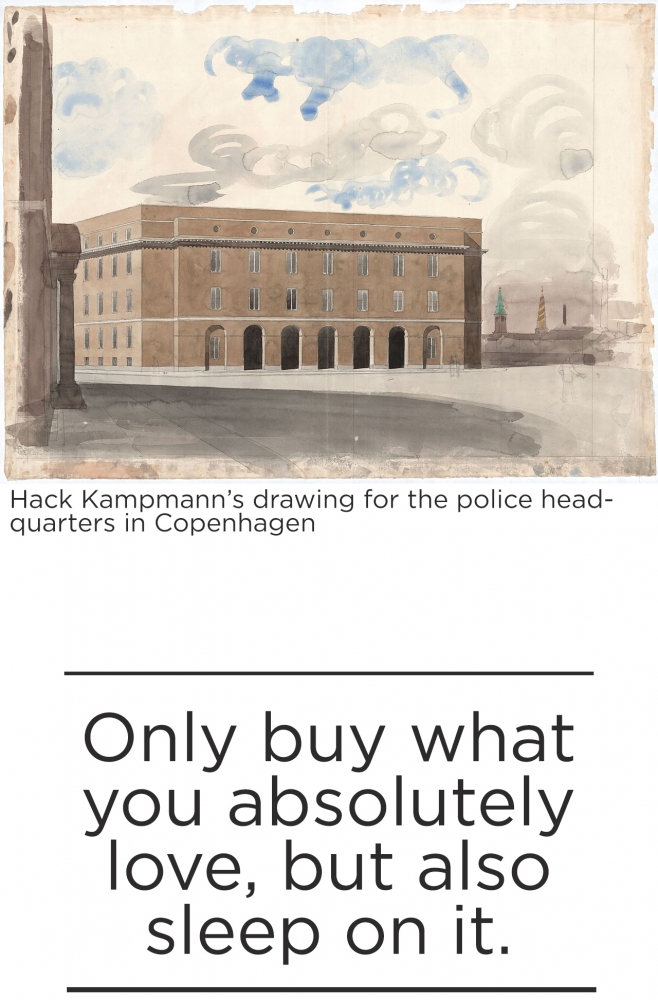 If you could keep one of these pieces for your current house, which one would it be? Why?
A.K. : I think the floor lamp is pretty unique in its form and would be such a great moment visually within a room.

What / Who inspires you (inside or outside the design world)?
A.K. : More and more I find myself looking backwards towards historical homes, case study homes and public buildings with exceptional architecture. I just discovered the police headquarters in Copenhagen designed by Aage Rafn Hack Kampmann and Holger Jacobsen, its incredible.

What was the first piece of design that impacted you?
A.K. : I was very young but I think it was the first time I saw a klismos chair and realized that a chair could be so much more than functional. There was an artistry to furniture that I desperately wanted to know more about. And here I am years later still exploring and still completely enamored with it.

Your design motto?
Only buy what you absolutely love, but also sleep on it. 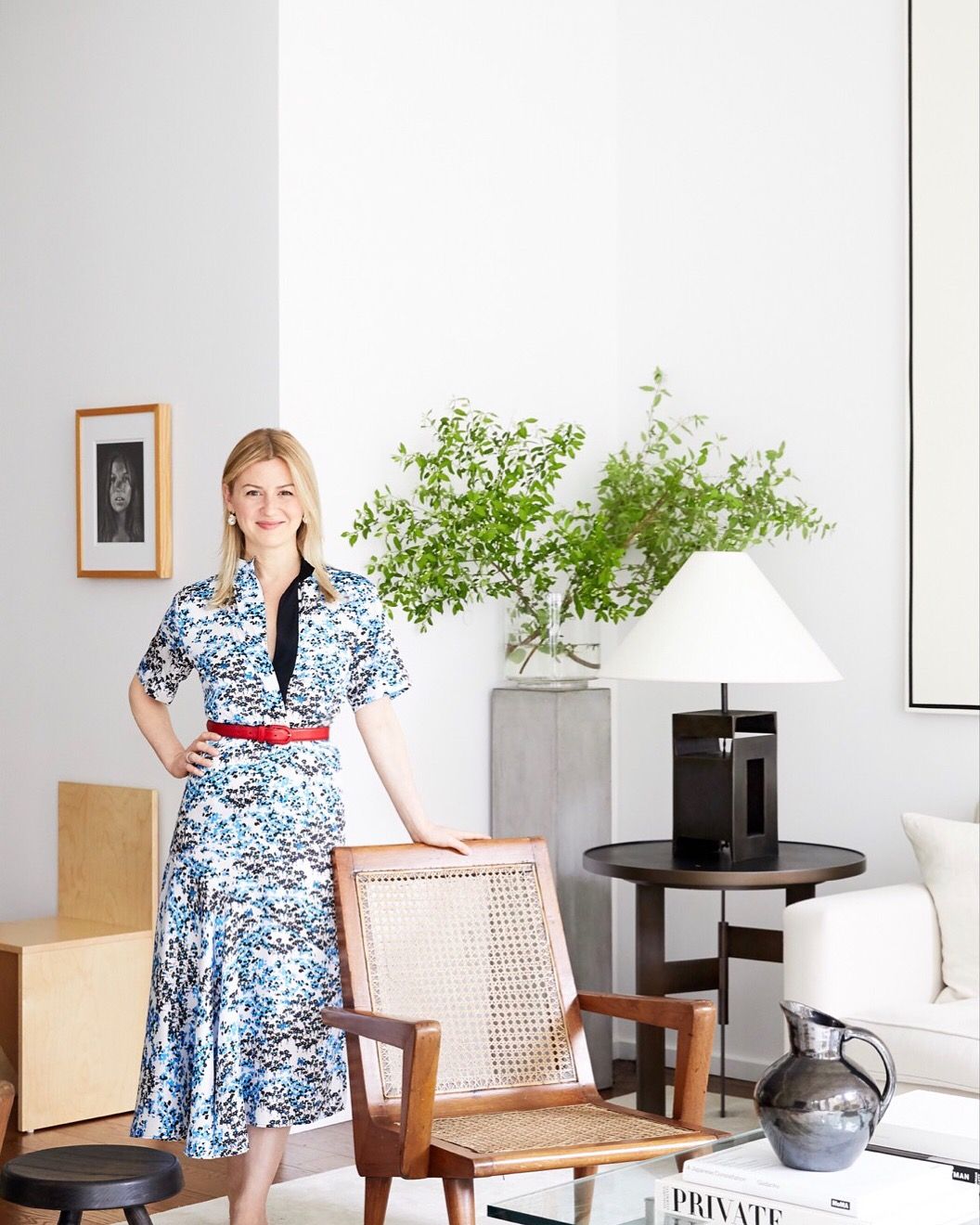 Since founding her eponymous firm, Alyssa Kapito has developed a reputation for creating elegant, bespoke interiors that focus on beautiful textures and clean lines. Recent projects include a complete gut renovation of an Upper East Side pre-war apartment, a modern beach house in Bellport, and a chic family home in Beverly Hills. Alyssa has been widely recognized for work in the design field and was recently added to the prestigious "Elle Decor A-list" of the top interior designers in the world. Alyssa has also been featured and profiled in Architectural Digest, 1stdibs, Elle Decor, House Beautiful, Traditional Home, Vogue, The New York Times and Domino Magazine, in addition to various other online shelter publications. She has been named one of the top "7 Design Stars to Watch" and has also been named a "Rising Star" by both Traditional Home and New York Cottages and Gardens. In May of 2017, Alyssa Kapito Interiors was named one of the top 10 Instagram accounts to follow for Interior Design by Elle Decor and in July 2017 she was also named one of the top Instagram Accounts to follow by British Vogue.