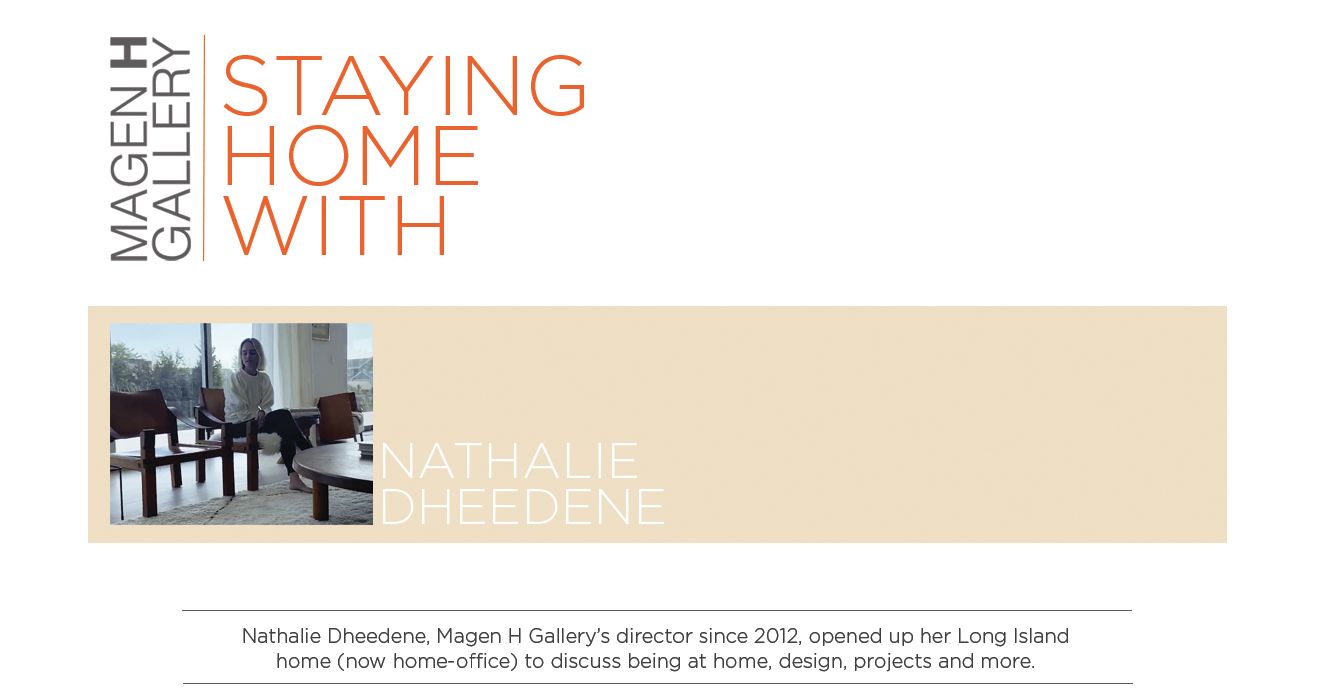 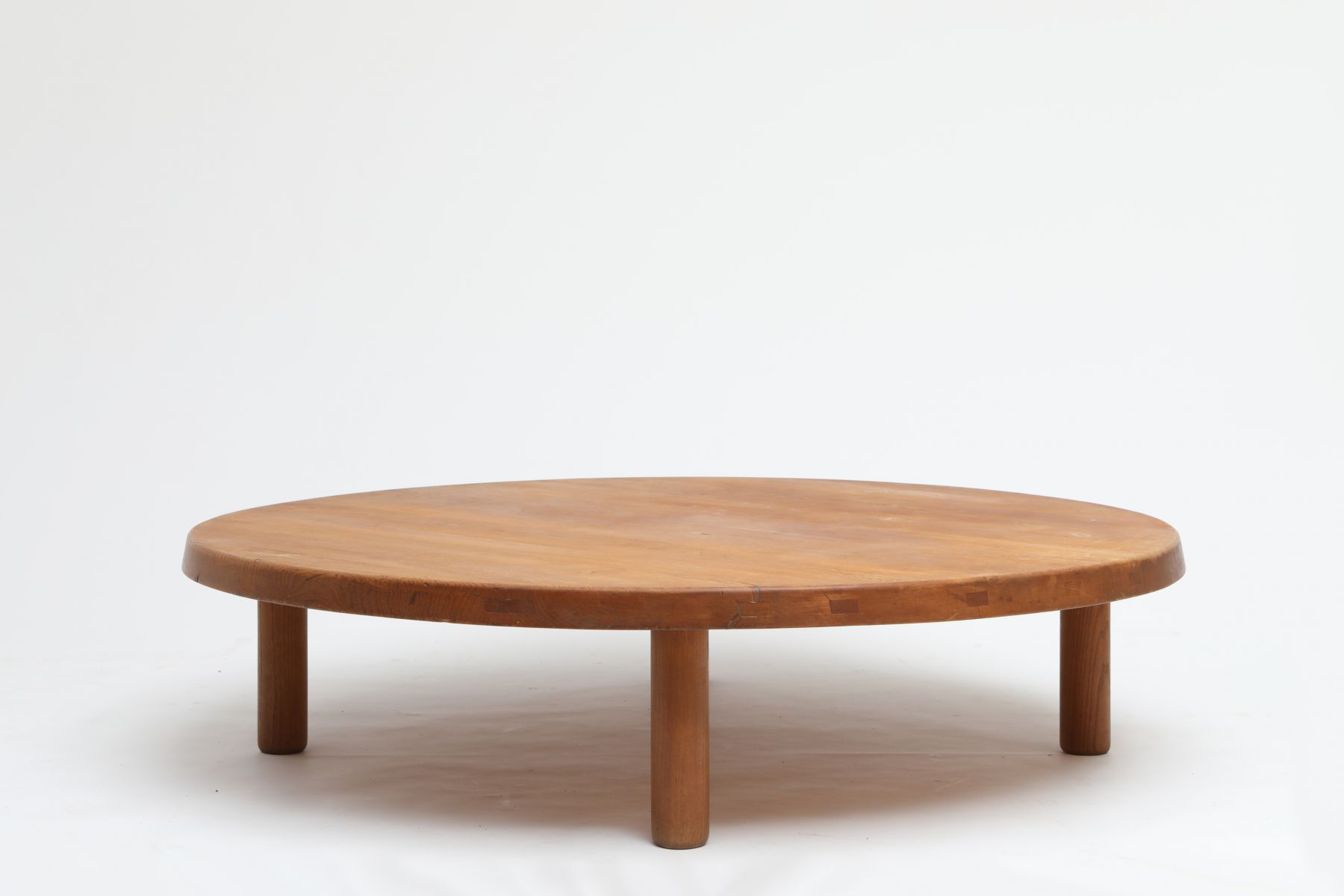 Nathalie talks about the one piece in her home she loves to live with. As the center of her living room, the Chapo T02P coffee table serves as a multi-functional drawing table for her kids, work table, and a place to have conversation around. 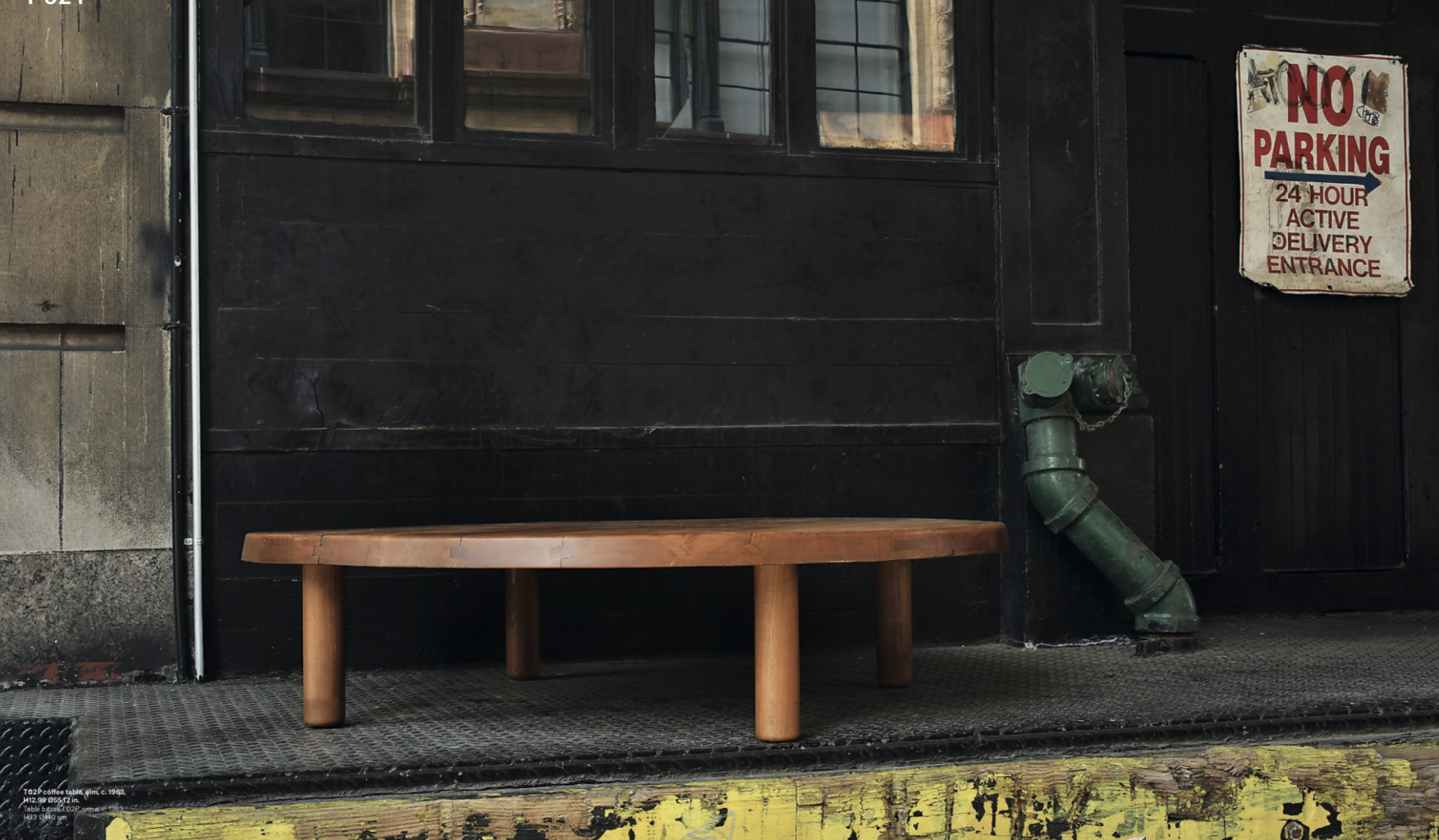 Designed in 1963, the T02 table is a round model from the first generation of Chapo furniture. The product of deep thought about the evolution of society and its needs, the table is one of the great Chapo classics. Composed of four detachable cylindrical legs and a top with slanted edges, the model is easily transformed into a low or high table. 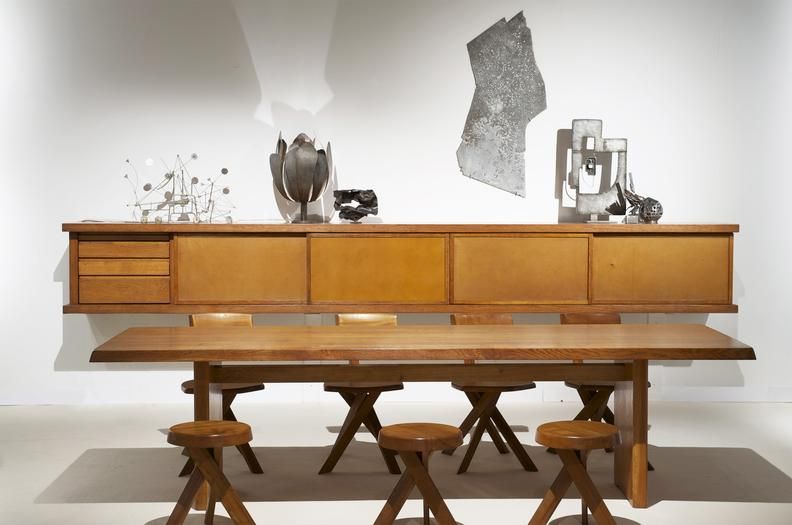 We asked Nathalie to pick 5 pieces from our available collection that are on her wishlist. In a Q&A, Nathalie talks about her selection, her inspiration and the historical significance of the pieces. 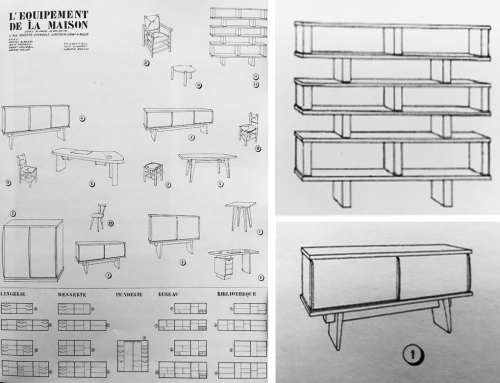 Due to the current situation, you are currently quarantining in your house in Long Island. Do you think that the fact that you are living in this specific space influenced your choice? if so, in what ways?
N.D. :  No but I do think our taste evolves constantly, so probably if you ask me in 6 months I might choose differently.

Can you tell us a little bit about each piece and why they made the cut?
N.D. :  Charlotte Perriand was always a huge inspiration for me, she was a visionary, which was a tough spot for a women in that age. The bookcase has that female reflection.

>> The bookcase by Charlotte Perriand was most likely a commissioned and site-specific piece. The piece is a fusion of two iconic designs of her "Equipement de la Maison" series, with the same base as her sideboards and the top bookshelf part identical to the bookshelf of the series, made of moveable block and completely free of hardware. 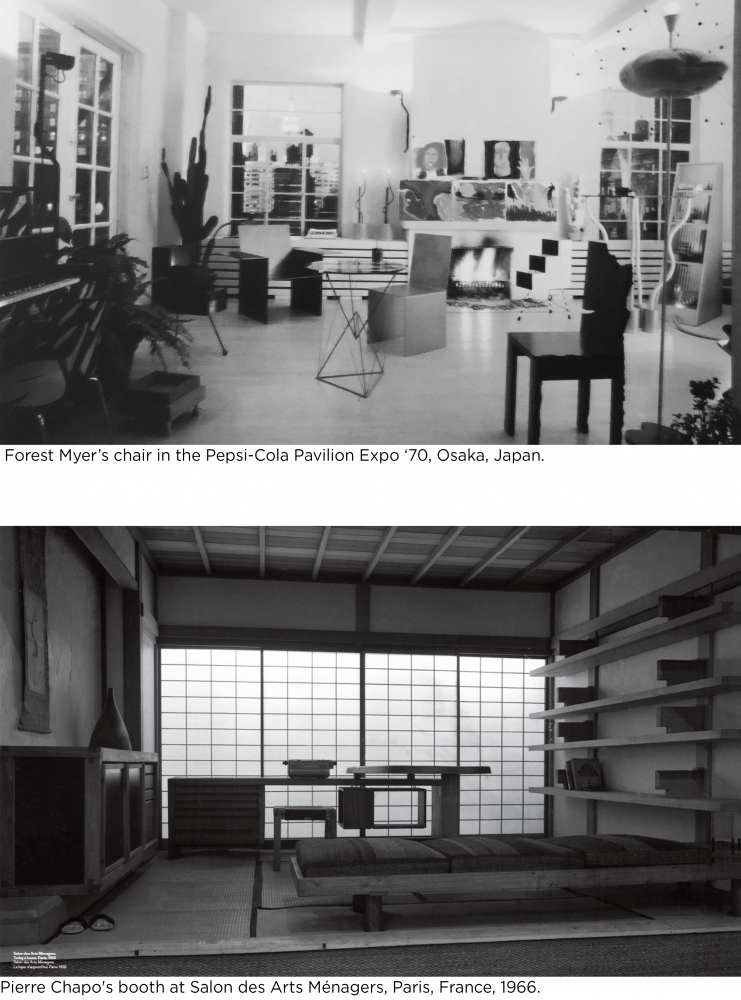 There is only one piece of American design in your selection, why did you choose the chairs by Forrest Myers?
N.D. : The simplicity of the lines and proportions as well as its vibrant color always stood out as a masterpiece by Forrest Myers.

>> Forrest Myers, designer and artist, was part of the Art & Industrie movement that started in New York at the end of the 1960s, through the eponymous gallery. The chair was originally designed for the Pepsi-Cola Pavilion Expo ‘70 in Osaka, Japan. "It is the easiest way one can make a chair, i.e., three folds in one piece of aluminum. I made these chairs in my favorite color” says designer Forrest Myers.

The sideboard by Pierre Chapo is unusually large for his production. Is it one of the reasons you selected it?
N.D. :  I saw the Chapo wall shelve for the first time 3 years ago and was just blown away by the scale and the proportions.

>> The "Le Pettit" sideboard was commissioned in 1967 for the Le Pettit family and estate. An exceptional piece due to its scale and the use of oak wood (Chapo primarily used elm), the sideboard displays characteristics from Chapo's previous designs. Reminiscent of the piece created for the Salon des Arts Menager in 1966 in its overall structure and door paneling, Chapo uses here the same leather as for the S10 & S11 chairs. The side drawers use the golden ratio proportions, just as in the R14 & R18 sideboards. The "floating" effect has a similar feeling of strength and lightness as does his 1966 sideboard and B17 bookshelves. 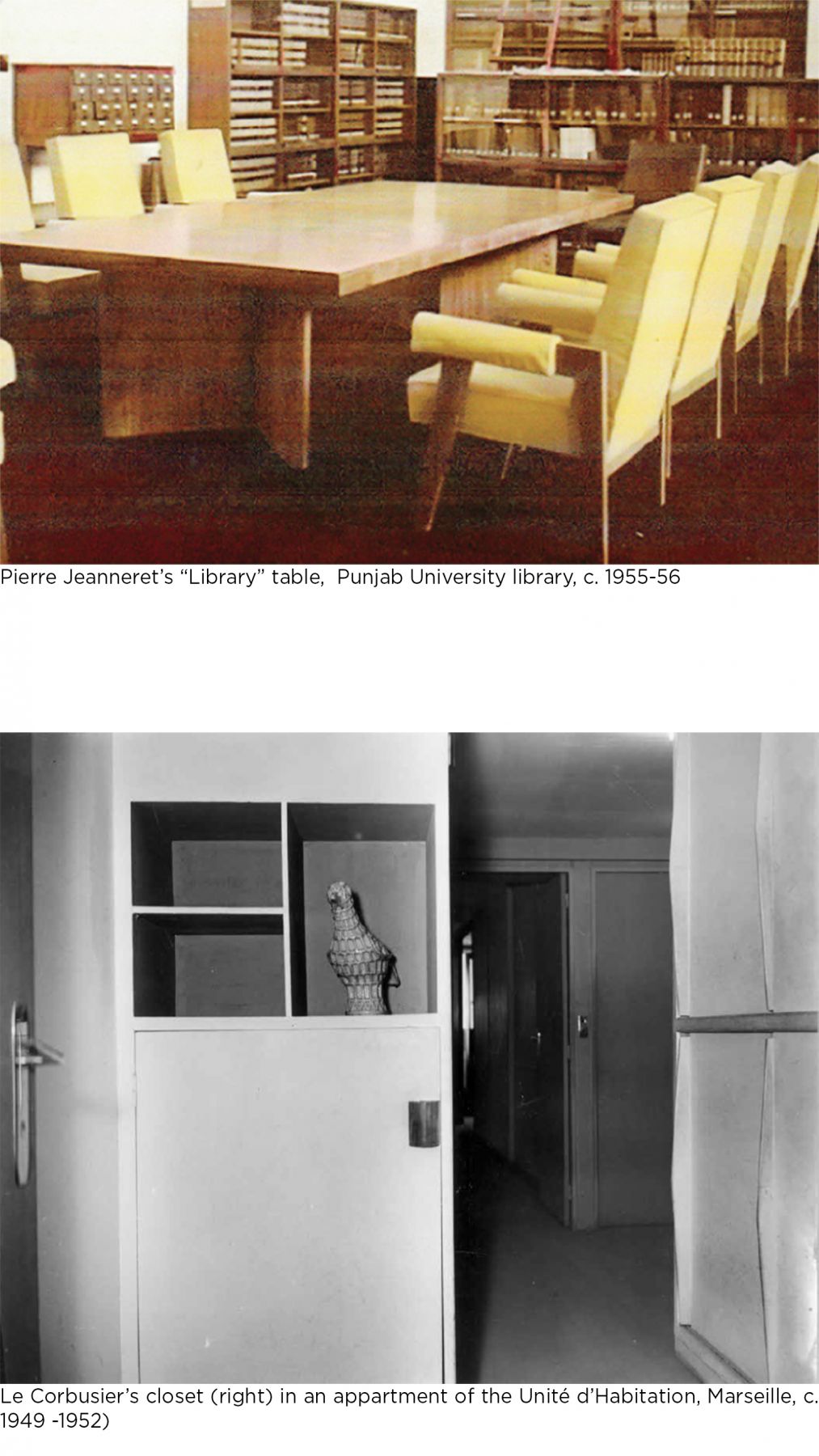 What about the table by Jean-Paul Barray?
The Barray table is one of my favorites, I honestly would love to have it in my house. Again, the proportions are exceptional as well as the mix of materials.

>> Designer, painter, sculptor, artist and engineering consultant, Jean-Paul Barray worked with many renowned designers thoughout his career, as Le Corbusier & André Wogenscky or Roger Tallon in the 1950s, as well as César or Kim Moltzer in the 1960s. He created this unique piece as an hommage to his collaborator Le Corbusier and his project in Chandigarh, India. Indeed, the overall form and the V shaped feet of the table reminds the "Library" tables by Pierre Jeanneret that Le Corbusier used to furnish the Punjab University's library.

Lastly, why did you choose the beautiful cabinet by Le Corbusier? Could you tell us which project the piece is from?
N.D. : The cabinet is part of one of my favorite projects by Le Corbusier, the Unité d'Habitation in Marseille. The innovation he brought to architecture remains modern even today.

>> The four door closet was designed by Le Corbusier and ATBAT for the Unité d'Habitation in Marseilles (1949-1952), social housing apartments complex developed by Le Corbusier. The furniture for this project were manufactured by the Ets Charles Barberis, Les Salines, Ajaccio. The piece was located in the corridor running alongside the master bedroom and opposite a large corner closet. Stemming from Pierre Jeanneret and Charlotte Perriand’s research on equipping housing spaces, it is a forerunner of the four-door aluminum closets that feature in the Air France building in Brazzaville, developed by Charlotte Perriand and Jean Prouvé. 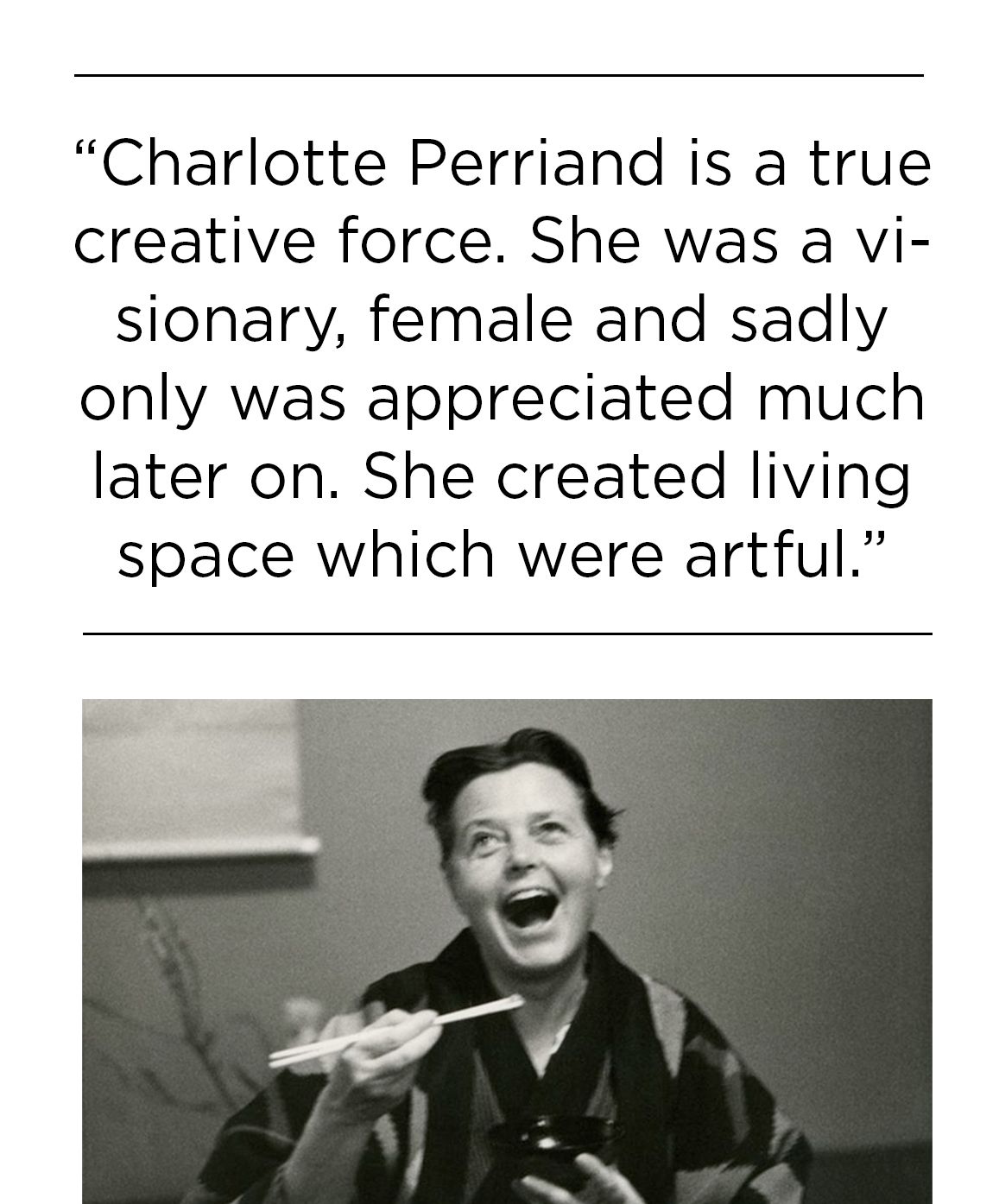 What qualities did you look for when the selecting the pieces?
N.D. :  I am realizing that proportions is a big part of my decisions

Your selection is somewhat eclectic, with more historical midcentury pieces such as Perriand and Le Corbusier pieces, and some more "contemporary" looking as the Myers chairs or the Barray table. In your opinion, do you think eclecticism is important to realize a successful grouping?
N.D. : I like a mix of contemporary and historical in my home. The choices we make are a reflection of our personality. My Belgian roots have always been a huge influence in my choices and interior. I like the combination of historical with a modern aesthetic. I tend to gravitate towards more neutral and soft color palettes, however a pop of color is necessary.

If you could keep one of these pieces for your current house, which one would it be? Why?
N.D. : The Barray table! I absolutely love that piece! The simplicity and elegance makes this a timeless piece.

What / Who inspires you (inside or outside the design world)?
N.D. : Charlotte Perriand is a true creative force. She was a visionary, female and sadly only was appreciated much later on. She created living spaces which were artful. My kids are my biggest inspiration, their innocence gives way to a limitless creativity. 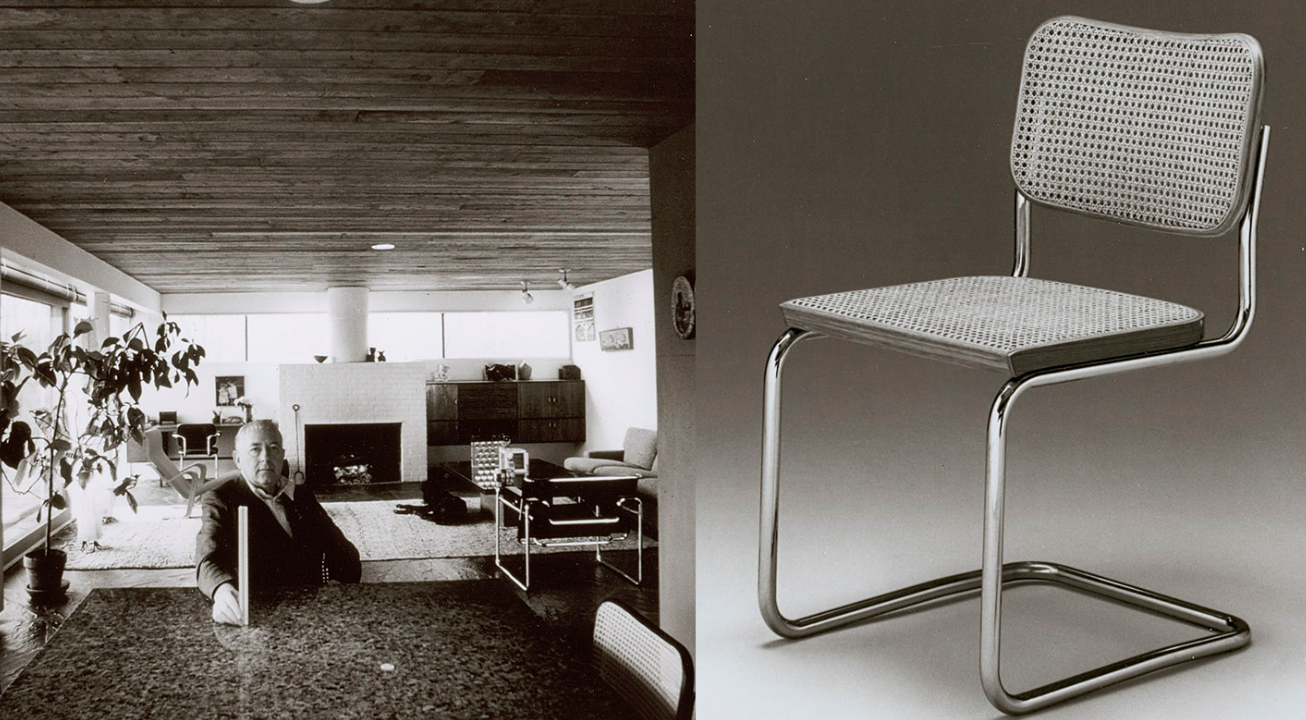 First piece of design that impacted you?
N.D. : A Marcel Breuer chair I found at a thrift store - It was part of an art project I did. Reappropriate a chair to your own needs - it made me think of design as an art form rather then just functional.

Your design motto?
N.D. : "Design comes from within, its a reflection of our soul" 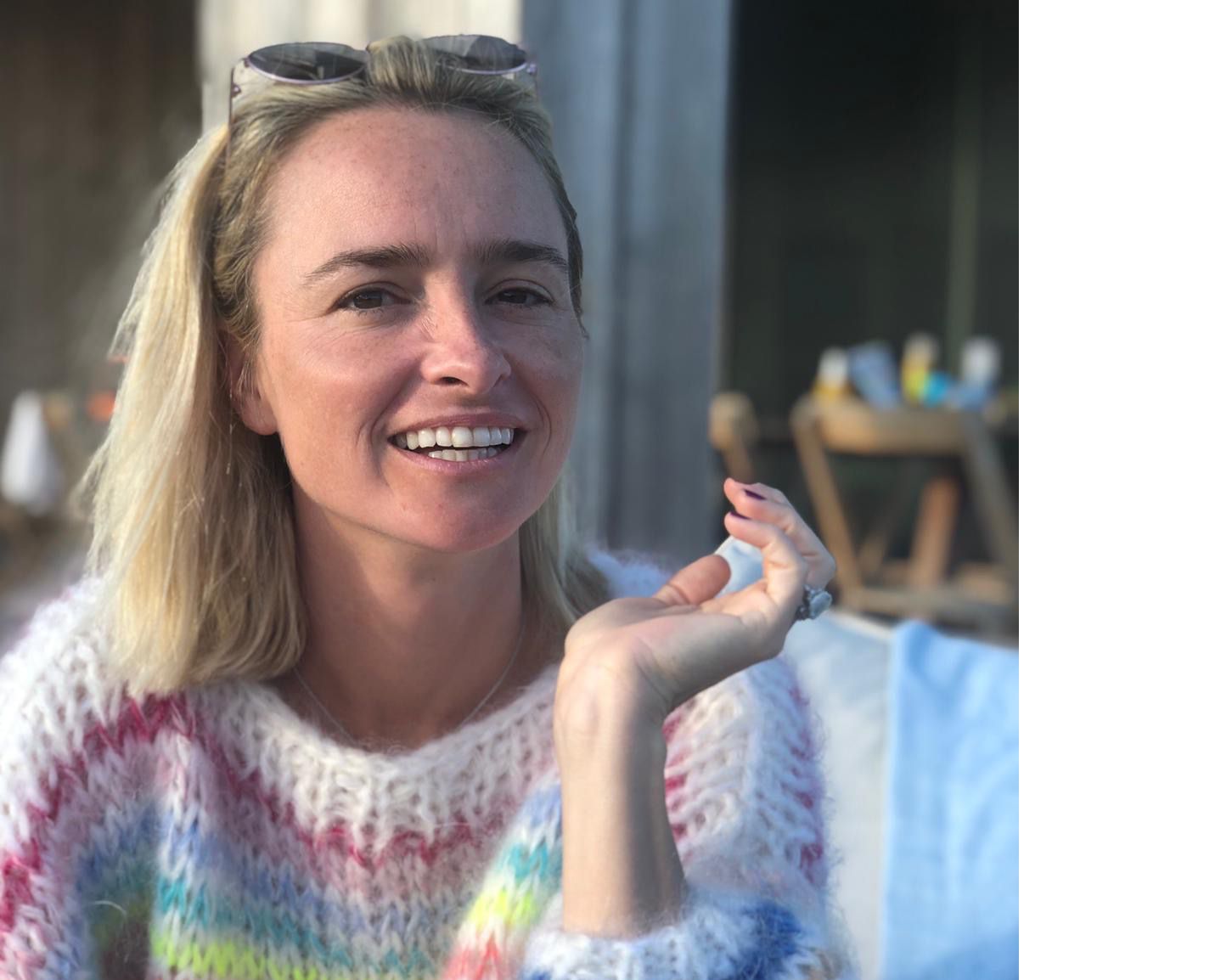 Originally from Belgium, Nathalie has been Magen H Gallery's director since 2012, and previously worked with renowned auction house Pierre Bergé. She has always been interested in art and design and started collecting rather early. She currently lives between New York City and Long Island.